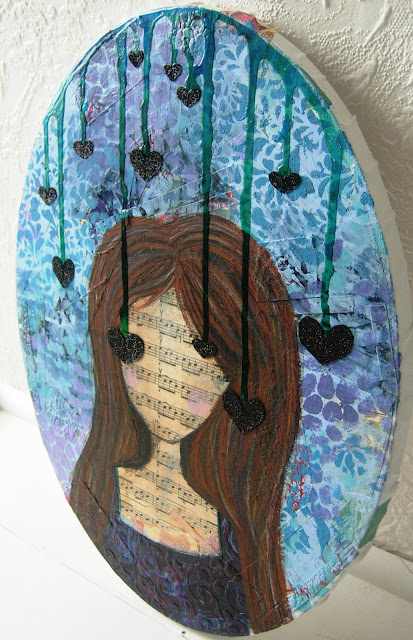 Acrylic paint, jelly-type glaze and hand cut glitter hearts. The jelly-type glaze is like a coloured glossy accents, except really vibrant. I tried getting a good picture of this for you but nowhere is the light good enough to capture it: 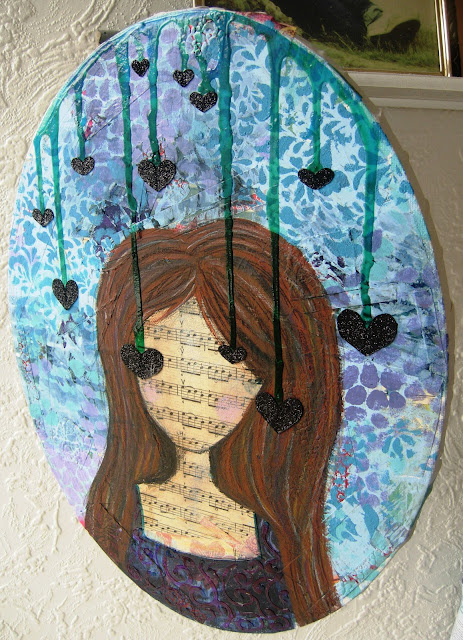 Even the uber sparkly hearts are dull in these pics. The jelly stuff is called Gem Gels - does anybody else have them? I brought them last week along with a few other goodies and this is the first time I've used them. Will be interesting to see what else they can be used for. They're not only the drips but also in swirls on her dress, purple laced with blue but again don't look particularly great in the pics. 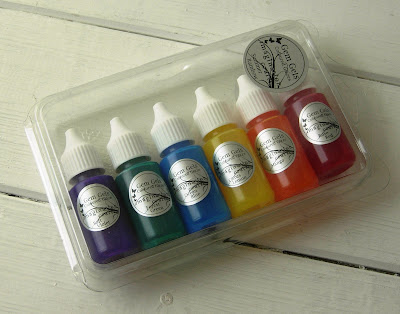 Hopefully tomorrow I can the final layer done, though I don't have very much time at mo so bless her she's been pretty rushed. I usually don't allow myself to paint on canvas unless I have something 'proper' in mind, as not only are they cumbersome in comparison to one journal that'll hold tons of playful pictures, but they feel like they should be a deliberated creation. But for some reason I didn't care about time restrictions or lack of 'proper' direction with this one, and just did it because I liked the shape of the canvas, and I'm really glad I did. She won't be a great piece because of it but she's made the little time I've had to play these couple of days really enjoyable.