'Is a good idea worth a sleepless night?' is what I wrote in my journal at 3am this morning. By 6am I think I had an answer.

After last weeks post 'At the Crossroads' (...of Idea Junction) I was telling myself, and hearing from others, the same things we always tell one another when we get overwhelmed by 'too many ideas, not enough time' syndrome - you know the sort of stuff like 'relax', 'it'll work out', 'breathe', 'you'll know what to do', 'have faith in the process'.

There's a wrestle between the logical part of me that knows it'll sort itself out if left alone and the part of me that wants to get moving. But you see the past few weeks....oh boy...the past few weeks have contained SO many new ideas coming in & I get energy with every single new idea, they all scream 'do me NOW'. I'm sure you know what I mean here, every new idea is the best idea in the world....and a few minutes later this even newer idea is now the best idea in the world. But I need to remember...

Just because a new idea has energy, doesn't mean it has THE energy to be the next project.

However this idea, the one from 3am....or 1am...or 5am...or 7am...well it does HORRAY! This new project not only has the shiny new 'best idea in the world' energy, it is the real McCoy. And yet again I have re-learnt that
The process works!
If you relax and breathe and have faith in the process it will work out and you will know what to do!

I do of course still 'get' that part of myself that wants to get moving. It has been a full week since my last frustrated blogpost, and even longer since I've been frustrated, processes take time! So I suppose faith really is the key to chillaxing into the knowing that something will show itself to be The-Harry-Potter-Chosen-One path for you to take.

So I'm off on my new path, of course though it is THE one it doesn't mean it's the only path I'm walking. I have art supplies and notes left all over so many idea paths (thank goodness I'm the only one who walks them so they don't get run over).

I hope the path you're on is going as well. My immediate path tonight is editing the new Monthly Challenge video, the art of which I just finished creating, here's a sneaky peek: 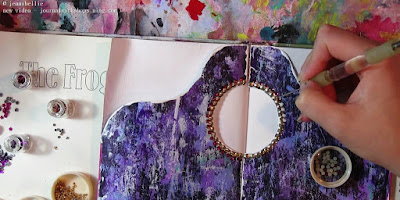 re on is going as we It will be uploaded [here] tomorrow...if I ever get round to editing it....hmmm I'd better go do that really, ciao bella! 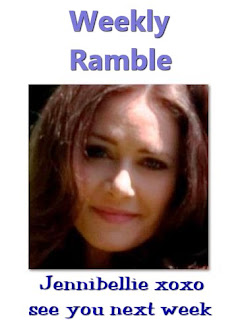 Posted by Jennibellie at 20:47 3 comments

I look left
Then I look right
Then I look left again and realise the road has forked at the point I stand, the left side now has a left left and a right left road.
I look right, and see a left right and a right right and realise the same thing has happened there.
I exhale, flapping my lips so fast I make a raspberry noise and look straight ahead to see two roads have appeared there.
I close my eyes in exhaustion. I dare not look left, nor right, nor behind me, for I know what will happen if I do.

Where am I?
I'm at idea junction of course
....someone please give me a ride on your bicycle
& take me wherever you may,
the decision resting on me to choose is making me miss all the scenery!

So lately all I can be bothered to create journaling wise is backgrounds...you ever feel like this? 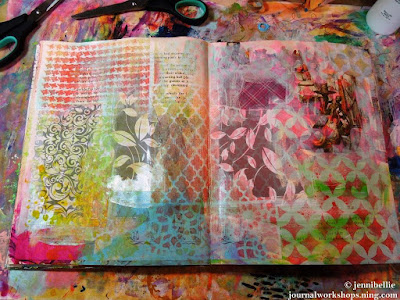 Much like I did half way through the Monthly Challenge video - using the same altered book too (click here if you haven't seen it: http://journalworkshops.ning.com/group/monthly-challenge/forum/topics/july-2015)

And they're taking me a while too, this one above for instance took two or three visits to the table.

Apart from journaling I did share this little make below on facebook yesterday of using jewellery box inserts as mini recycled canvases:

But as I'm really feeling the backgrounds I'm just going with it. I'm really enjoying the slowness of it too, as I normally journal so quick taking my time and coming back to pages is a nice change of page. So on I'm gonna crack with a bunch of backgrounds, here is a video I did titled the same if you feel like some background play too, much love and happy weekend xoxo

Posted by Jennibellie at 18:47 4 comments