A Cutie-Pie Takes Over

So there I was sat, or rather lying, on my bed for a great movie night last night and reeeeally getting into The Bourne Trilogy (which is one of those films, or rather sets of films, I have always meant to watch, but never got around to) when out of nowhere I just had to bolt myself up and grab a pencil and paper. Thankfully I had my faces journal on my bedside table, so I didn't need to disturb anyone too much (including myself, as I am rather lazy so if I didn't have the necessities right there I might not have acted on this impulse) and within and in five minutes I said hello to Cutie Pie: 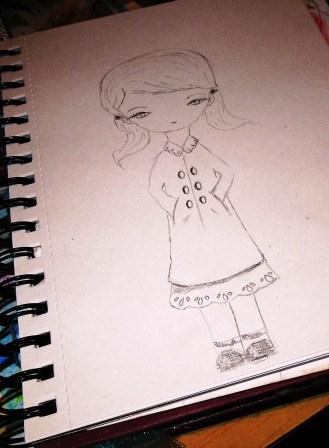 I know she isn't ever going to be considered a masterpiece but I remember reading something by J. K. Rowling that mentioned how she would suddenly stop in the middle of washing the pots to write down an idea before it disappeared, and she did so so often that her family were used to seeing her suddenly bolt out the door. I guess I am getting that way with creativity, but when I look at Cutie Pie I'm glad...yes, she interrupted a perfectly good film, but then so does needing the loo, which I ALWAYS do right at the good bits, and she took no extra time than going to the loo to do AND I still managed to stay right up date with the film, as I listened while I scribbled. 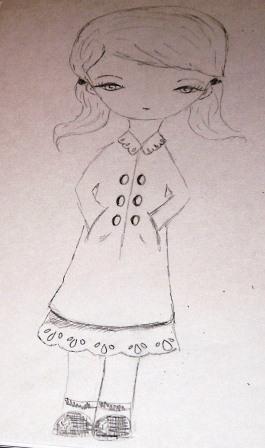 I love her, I know she's only a quick sketch & I do thousands of them but I really do love her & what she represents: our creative muses ability to surprise us with nice things if we are only willing to say yes, rather than no...and a reminder to always keep a piece of paper and pencil handy ;)


Now I may go give her some colour, a journal page or may be even her very own journal, who knows, that's my muses business ;)