London...and the Merit of Ditching

Today I have learnt the merits of ditching.


I also learned something about myself too. In creative terms I always thought I was rather flexible, given that I get so many ideas I have to allow many of them (and good ones too) to be cast aside so that others can see the sunshine. But what I have found out is that in actuality I am rather stubborn, and once an idea takes root in my head to become more than just an idea then it's immovable.

Much like that recent video I spent aggggges working on....before I went and ditched it. I had to finish my vision, and only once it was done did I then decide I didn't like it anymore. I guess I would have saved myself a lot of time and energy if I had decided this beforehand. If I had removed the root before it became a weed may be a rose could have blossomed instead.

However that is what I am doing now, and with an idea that has been rooted a lot longer than that discarded video. It has been so long rooted in fact that it could be an oak tree by now.The idea itself was to make a London themed/travel journal.

The place just always meant so much to me, I felt it was right, that it was necessary even. I have waited a loooong while to create such a journal. I have even just come back from London and thought this should be the time to do it. The problem is, I'm not sure 'should' is really the right motivation for such a thing as creativity to bloom. So I'm releasing myself from this and a couple of other projects to focus on my roses. Besides I have waited years to create a London journal so I can wait a little, or a lot, longer until the journal itself becomes the rose. And if it doesn't, and the other projects too remain nothing but air...well that's fine, my garden will likely be blooming anyways.

So all in all I learned this about myself this week:
I have a great weakness for having to finish (practically) everything I set my mind to.

I also learned:
I have a great strength for having to finish (practically) everything I set my mind to.
...for it must be a great strength too must-ant it?
If it wasn't there you'd never even know who I was let alone be reading my blog because nearly every creative project has a problem phase (or several) where it seems reasonable to want to ditch it, even the roses.

So I guess stubbornness has it's merits too,
as it is important to finish,
but I cannot deny that sometimes it is also important to ditch.

(10 mins of the Vlog is showing a flip of (or lack of) my London Journal, only one min is actually London bits and pieces)
Much love 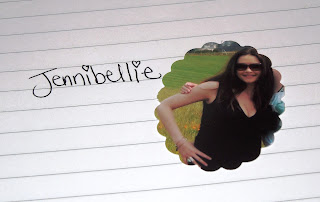 Posted by Jennibellie at 21:11